Guest lecture at the University of Potsdam with Prof. Dr. Sávio Siqueira 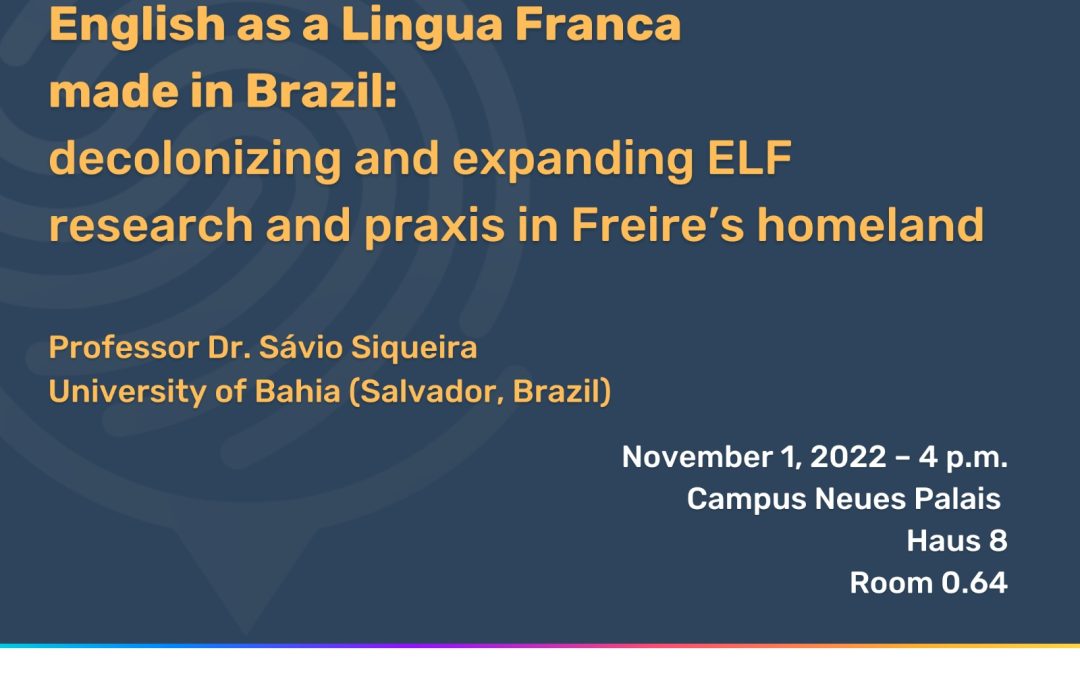 The ReDICo team from the University of Potsdam is pleased to announce the lecture “English as a Lingua Franca made in Brazil: decolonizing and expanding ELF research and praxis in Freire’s homeland,” organized in collaboration with the Chair of Variation and Development of the English Language. The guest lecture, sponsored by the University of Potsdam’s funding line KoUP, will be held by Prof. Dr. Sávio Siqueira, Associate Professor at the University of Bahia (Salvador, Brazil). The event will take place in presence on November 1, 2022 at 4 pm at the University of Potsdam (Campus Neues Palais) and will be recorded and made available online on the ReDICo YouTube channel.
As the title of the lecture suggests, it will focus on “ELF made in Brazil,” defined by Prof. Siqueira as a critical movement which argues for new ways of teaching English under decolonial lenses. The movement is aligned with the premises of the so-called epistemologies of the South, which bring criticality and locality to the center of the debate and call for an epistemic disobedience and delinking in relation to Western-centered views.
The invitation is open to all students and colleagues interested in didactics, ELF teaching, and postcolonial studies.