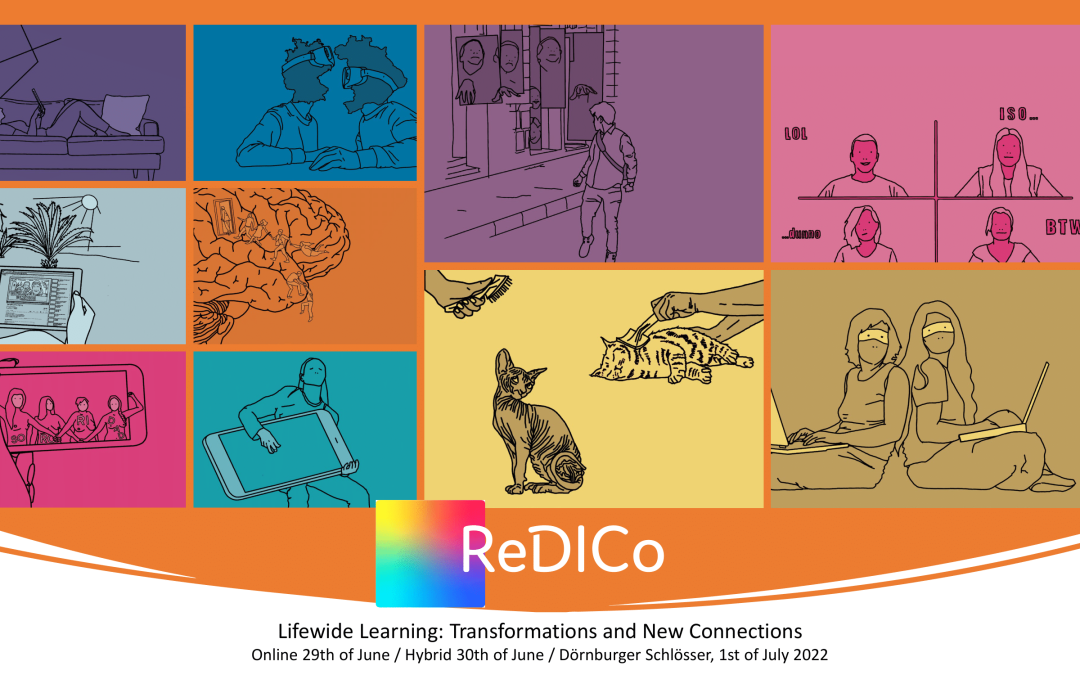 From 29 June to 1 July 2022 the research co-operative “ReDICo: Researching Digital Interculturality Co-operatively”, financed by the German Ministry for Education and Research, held its first E-Co-Conference dedicated to the topic of “Lifewide Learning: Transformations and New Connections in Postdigital Societies”.

In accordance with the idea of an ecological and co-operative conference – an E-Co-Conference – it took place in a hybrid form, veering from completely online to completely face-to-face, with the University of Jena cooperating directly with the Hellenic Open University from Greece for the first two days. Indeed, three separate conference forms were embraced for the duration of the academic event.

On the 29 June the conference took place online only and via Zoom, while on 30 June it embraced a hybrid form, with presenters and an interested audience at the conference centre at the Dornburger Castles, near Jena, joining with online presenters and discussants from around the world, including participants and presenters from Albania, France, Greece, Italy, Malta, Pakistan and of course Germany. Events on 1 July took on a more ‘local’ character at the Dornburger Castles, with the day being chiefly dedicated to Jürgen Bolten; long-term Professor at the University of Jena and indeed founder of the subject of Intercultural Communications in Jena. The third day was also confined to a face-to-face context and drew especially on many presenters from, or associated with, the University of Jena.

The complete conference report can be viewed here: